The planning for this was as straightforward as it could be, given we had started laying the groundwork for it three years ago. The decisions were all made by default due to date constraints – needing to be still in Wellington on a certain date, and needing to be back in Christchurch for Christmas. The hardest decision was persuading Mark that we should splash out on flights and a bus from Christchurch to Queenstown and back instead of driving – a decision that proved absolutely right.

The key factor for us was the dates – we wanted to tie this in with a planned trip to Christchurch, and the dates needed to work for Grandma J, who was looking after Mr4.5 while Mark and I tramped. It took more than half the day from bookings opening to get through the computer system and book, and we were nearly the last ones able to book on our day when we did.

Our route included one hills day, up and over the Mackinnon Pass – a total climb of 600m and descent of close to 1000m, all in one day. That long day was also the only opportunity to do the Sutherland Falls side track, which we almost didn’t bother with at all because we were shattered. It took us much longer than anticipated to get down from the top. Other than Day 3, the other days are largely bush bound, with limited scenic views. 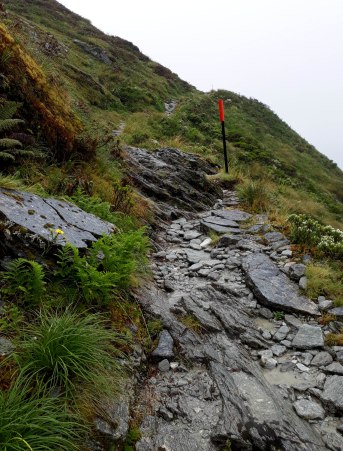 The huts were as expected – fairly standard back country huts with large living areas, evening lights (from solar batteries), and flush toilets. The Milford has NO platform bunks, which is a bit different to other places I have experienced. Also, make sure you have your own hut shoes (I opted to share with Mark, whoops), because it’s a gravel path between the kitchen and bunkrooms at Dumpling Hut – everywhere else you only need the hut shoes to get to the toilet.

We had a wide range of weather. It was cool, clear and dry when we got off the boat, and we started our walk in our raincoats till we warmed up. I struggled with heat induced fatigue after we both ran out of water on day 2 (and I wasn’t the only one). About 4am on day 3, the rain arrived (as forecast), and so we had to go up and over the hill without the celebrated views, instead opting for hot drinks in the steam room of Pass Hut. Day 4 was perfect tramping weather – warm in the shade, a little hot in the sun (and we were in the shade most of the day). 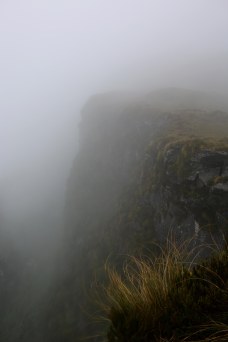 Mark and I were much better matched on this trip than we have been on some previous ones, apart from the fact my new boots weren’t up to the task, which slowed me down a bit going down the hill. I also helped this out by ensuring that various bits of group gear, or my gear, were packed into Marks bag each day, weighing him down a little.

I had new boots. They are not the right boots for me. The shank was too soft for rock hopping of any description and I kept feeling like I was rolling over on my ankles. They were also cut too high in the back and gave me Achilles problems – thank goodness Mark had decent sandals as his hut shoes, as I walked out in those. 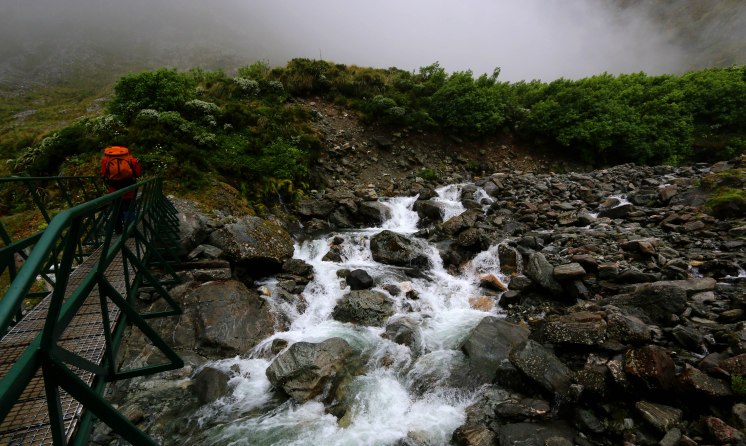 I was forced to retire one piece of kit – my spork. I had had it for so long that it was slightly gutting to unpack it at Dumpling Hut and discover it had snapped. Thankfully its only about $5 to replace, and given how much use I have had of it, I wont be without one for long.

Along the track we met a screed of really interesting people – and the unusually great thing about the Milford Track is that everyone stays at the same huts the same nights for the entire walk – so you actually get to know people. Like Mike, Lisa and their kids from Melbourne, the Tasman Teens family, and the 13-time Milford track veteran and his family. When the warden did a count at Dumpling hut to see if she had the hut tickets and came up two short, as a group we were able to recollect who was still on the track.

The best part of the track was all the bird life. It was incredible. We saw so many Robins they became passé, loads of weka, fantails, waxeyes, and a single juvenile kea (I was a bit gutted to not see more of them).

The worst part of the trip was how my boots let me down. I was exceptionally disappointed in the pain they caused and the need to walk the last day in Marks Teva Sandals was not ideal. 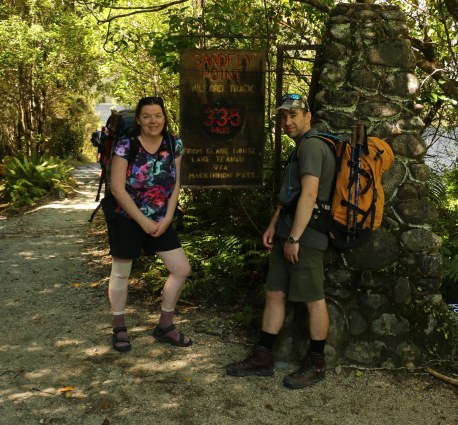 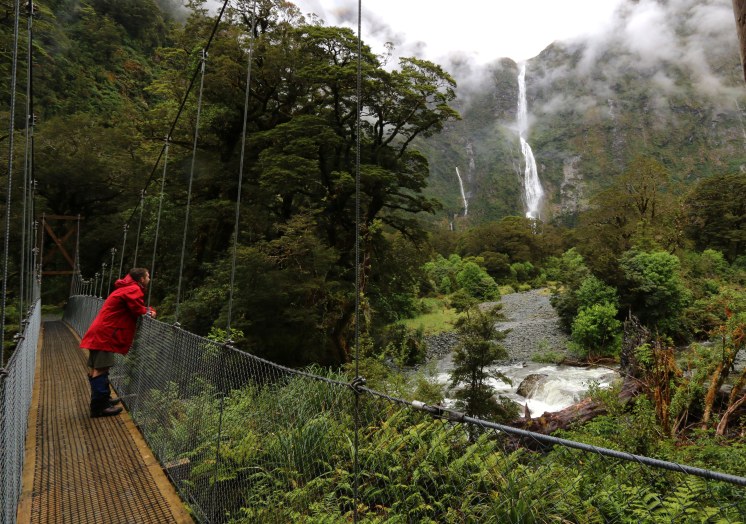 We had a convoluted path to the track – first up we took a ferry to Picton, then drove down the Kaikoura Coast to Christchurch. From there (a couple of days later) we flew to Queenstown and took a bus to Te Anau. The next day we took a bus to Te Anau Downs, and then a launch to Glade Wharf. The return was a mirror, except starting at Sandfly Point, and staying in Christchurch for a few days before taking the inland road back to Picton.